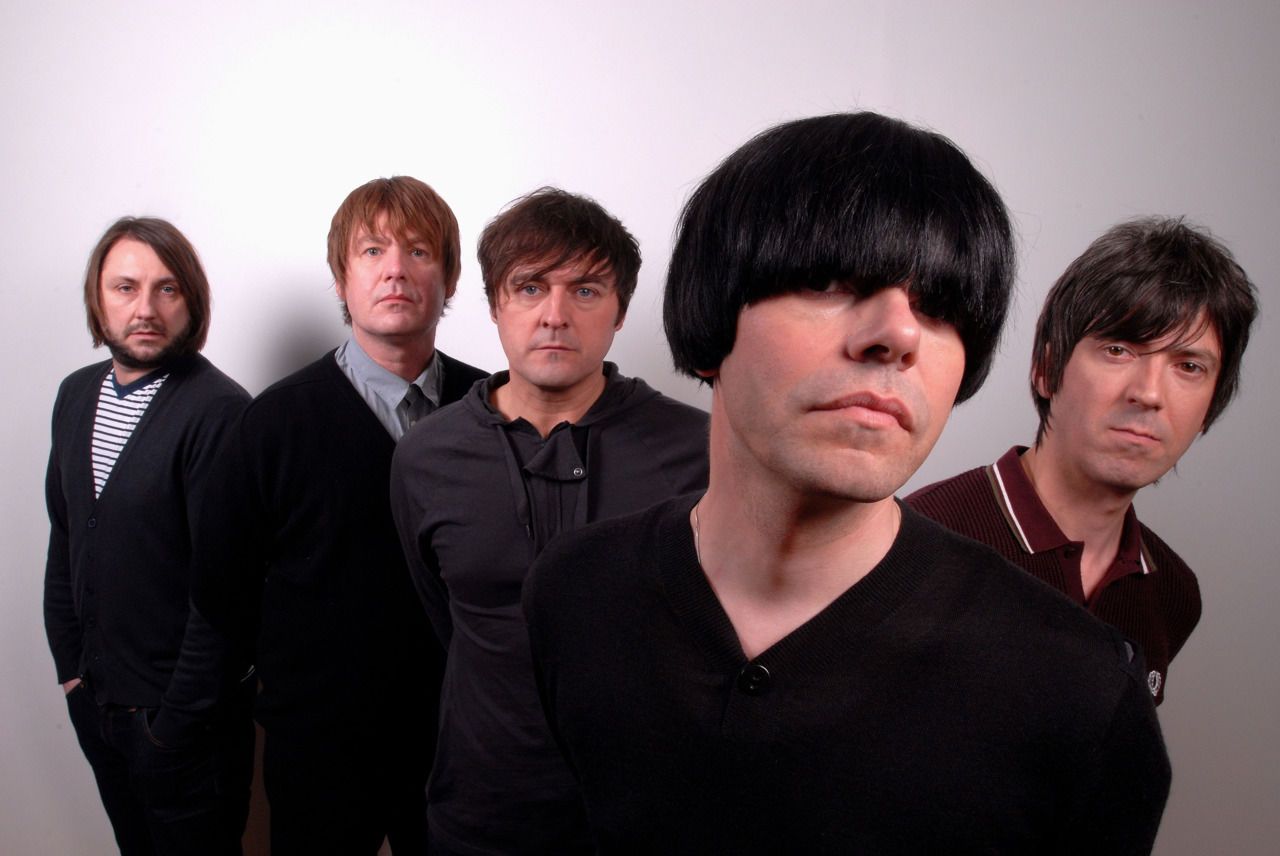 For more than two decades now, The Charlatans have been an inspirationalforce in British rock. As they celebrate their twentieth anniversary with somevery special gigs, they remain as exciting and relevant now, as when theyfirst broke through to the immortal strains of ‘The Only One I Know’ ? if not,more so, as a new generation of young bands and fans today hail them aslifelong heroes.

Rooted in the Midlands and Northwest of England, the band have alwaysexuded positive energy, whether in the first mania of their success in theearly ’90s, or while suffering their many tribulations midway through thatdecade, or in their sophisticated, ever-questing vitality today.

The unshakable line-up of Martin Blunt (bass), Jon Brookes (drums), TimBurgess (vocals), Mark Collins (guitar) and Tony Rogers (keyboards) have,along the way, made so much beautiful, brilliant music ? countless classicsingles, bursting with melody and class; and an enviable catalogue ofalbums, each restlessly different from the last, none anything short ofcompelling, uplifting, or totally rockin’. Unlike all but a very select few bandsof their vintage, Charlatans albums are urgent, and full of life, bothcommercially and creatively.

Their eleventh studio collection, ‘Who We Touch’, must surely rank as their

boldest to date, radically broadening, in places, their aesthetic remit. It is,says Burgess, “a soulful voyage”, a journey through moods upful andprofound, dark and delirious, ultimately concluding in blissful optimism. Itssound is inspired by many heroes, yet always sounds like no-one other thanThe Charlatans themselves.

“You don’t want to do something you’ve done before,” Tim reasons.

“You have to start with a blank page. You need to be enlightened. The deadgive birth to dead things.”

For 2008’s ‘You Cross My Path’, The Charlatans were revved up on thegroundbreaking idea of distributing their latest opus for free on the internet.Far from commercial suicide, it reinvigorated the public’s love for them, andthey approached their follow-up record with fresh impetus. The wholeprocess of making it began, however, a little earlier than they’d imagined.

“We were due to do an American club tour at the end of last summer,”Mark Collins recalls, “but then Jon [Brookes] had a mishap with his shoulder,so we ended up pulling the tour. Rather than sit around being idle, wedecided to get cracking writing some tunes.”

In the past, their core writing team ? Tim, Mark, and Tony Rogers ? havegenerally convened at one of their homes, and written together. This time,ringing in the new, they each wrote separately, digging deep on their ownfor an intensive 12-week burst, in advance of studio time booked forDecember.

For his part, Tim sees his train of thought for the album beginning (as itoften does) with his fanatical absorption of other music, at the dawn of2009’s festival season. At Coachella, he was blown away by ThrobbingGristle (he was a TG virgin!), while at Primavera, he grooved on to My BloodyValentine and Sonic Youth.

In June, Tim curated a day at the Isle of Wight Festival. His line-up, inthe 10,000-capacity Big Top, featured a clutch of young acts ? The Horrors,Hatcham Social and The Pains Of Being Pure At Heart ? with whom Tim hasstruck up a rare cross-generational understanding. For the youngsters, Timis an icon, an unswervingly cool British singer dude, who has been out there,living it and loving it, as long as they’ve been listening to music (or longer!).For Tim, their youthful energy has been contagious, reminding him that ageis nothing but a frame of mind.

The Charlatans themselves headlined in style that day. Playing in the slotbeneath them, Tim had a lifelong inspiration, one of the first bands he eversaw, Killing Joke, in their original late-’70s line-up, with Youth on bass. Hewatched The Horrors with Youth, and struck up a new friendship. Mark andTony had actually already met the bassist in ’06, when, in his subsequentcapacity as one of the hottest producers around, Youth was putting togethera new version of their ’01 classic, ‘You’re So Pretty, We’re So Pretty’. Markand Tony added a few overdubs back then, and liked his vibe.

While those two wrote at their respective retreats in Manchester (Mark)and Ireland (Tony), Tim beavered away across the Atlantic in his adoptedhometown of North Hollywood, Los Angeles. “Rhys [Webb, The Horrors’bassist] was in town,” he remembers. “I was saying, ‘What should I do, I’vegot this record to write?’ He was like, ‘What would Brian Eno do?’ ‘Yeah,good point! He would write loads of chords out, put them on his wall, andrandomly just pick out chords’… And that was how I wrote the first song! Itwas a great way of starting something out of nothing.

“The whole of the last album was made up of three chords,” Timcontinues, “every song was three chords. When we started making it, weknew we were giving it away for free, which felt like a very post-punk thingto do, so we went in with a three-chord attitude. But doing the same againthis time would’ve been cheating ourselves, and the people who listen to us,so we tried to get in as many chord changes as possible, which immediatelytook it to another world.”

Early on, they decided to call in Youth, who, since his original stint inKilling Joke, has worked with artists as varied as Paul McCartney and PrimalScream, The Verve, Dido and The Drum Club, as their producer. Suchversatility would prove essential as the ‘Who We Touch’ album unfolded. Healso vibed up Burgess on Joseph Campbell’s ‘The Hero With a ThousandFaces’ ? a non-fictional book “about the responsibility of the artist, abouthaving to be brave” ? which would have a massive impact on the singer.

After sending numerous ideas backwards and forwards to each otherdigitally, the five Charlatans convened to demo their first batch of songs attheir own Big Mushroom studio in Cheshire. As ever, everyone contributedideas: Mark chipped in with ‘Smash The System’, while Tony brought in‘Your Pure Soul’ ? two complete musical pieces, to which Burgess added thelyrics and vocal melody. ‘Sincerity’, meanwhile, arose from a Krautrockinspiredjam between the band’s four UK-based instrumentalists, instigatedby bassman Martin Blunt.

A month later, they laid down tracks with Youth over ten days at Britannia

Row in Wandsworth (on the desk that New Order’s ‘Blue Monday’ wasrecorded on), followed by another five days at State Of The Ark in Richmond.

“We told Youth, we wanted the record to have the sound of a Europeanwinter,” says Tim, “with that fresh, crisp sound you get from some Britishrecords, but also something fearless, that was quite far-reaching, tochallenge ourselves ? a real journey.” “Youth just comes in, smokes his weedand starts dancing around,” adds Mark, “If he likes something, he startstrying to fly. If you see him flapping his arms, you know he’s digging it.”

In Joseph Campbell’s book, the author talks about the heroes ofmythical sagas, who go through adventures and experiences, to emerge atthe end with greater strength and wisdom. Such is the overall constructionof ‘Who We Touch’. In ‘Your Pure Soul’, the singer comes to realise his ownfailing in trying to control his lover. The ‘motorik’ groover, ‘Sincerity’,meanwhile, finds him rather scornfully observing an excessively sincereperson, but through that discovering something about himself: “With care itcomes to me/I have autonomy and new possibilities”.

Though it has its melancholy, autumnal moments, ‘Who We Touch’ultimately rises into optimism, with ‘Oh!’, a beautiful song of reconciliation,as complex as its shifting time signatures (one section is in 3/4 waltz time),and then ‘You Can Swim’, an exquisite ooze of ambience, reminiscent of‘Another Green World’-era Eno, with whose creative ideas, of course, thealbum began.

As that track fades out into the ether, another circle is soon closed withinthe Charlatan narrative, on the hidden track, ‘I Sing The Body Eclectic’. WhenTim was 13, his favourite band was Crass, the anarchist post-punkcollective, and he still counts their 1981 album, ‘Penis Envy’, amongst hisall-time Top Ten. Recently, he was introduced to Penny Rimbaud, Crass’sdrummer, producer and ideological brains, whose portentous voice can nowbe heard booming the album’s story to an end on the grandest existentialscale. 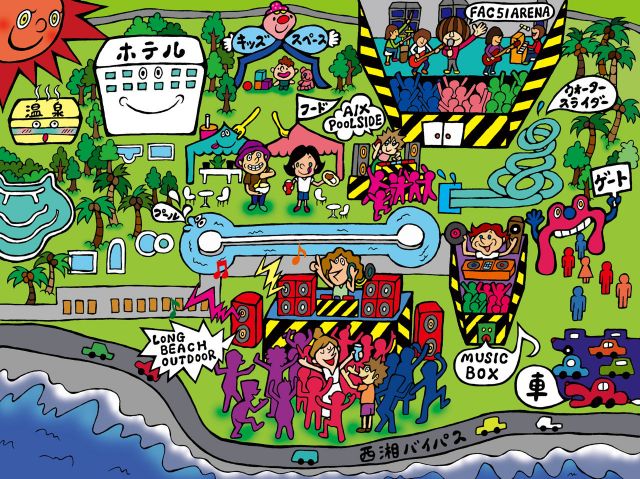