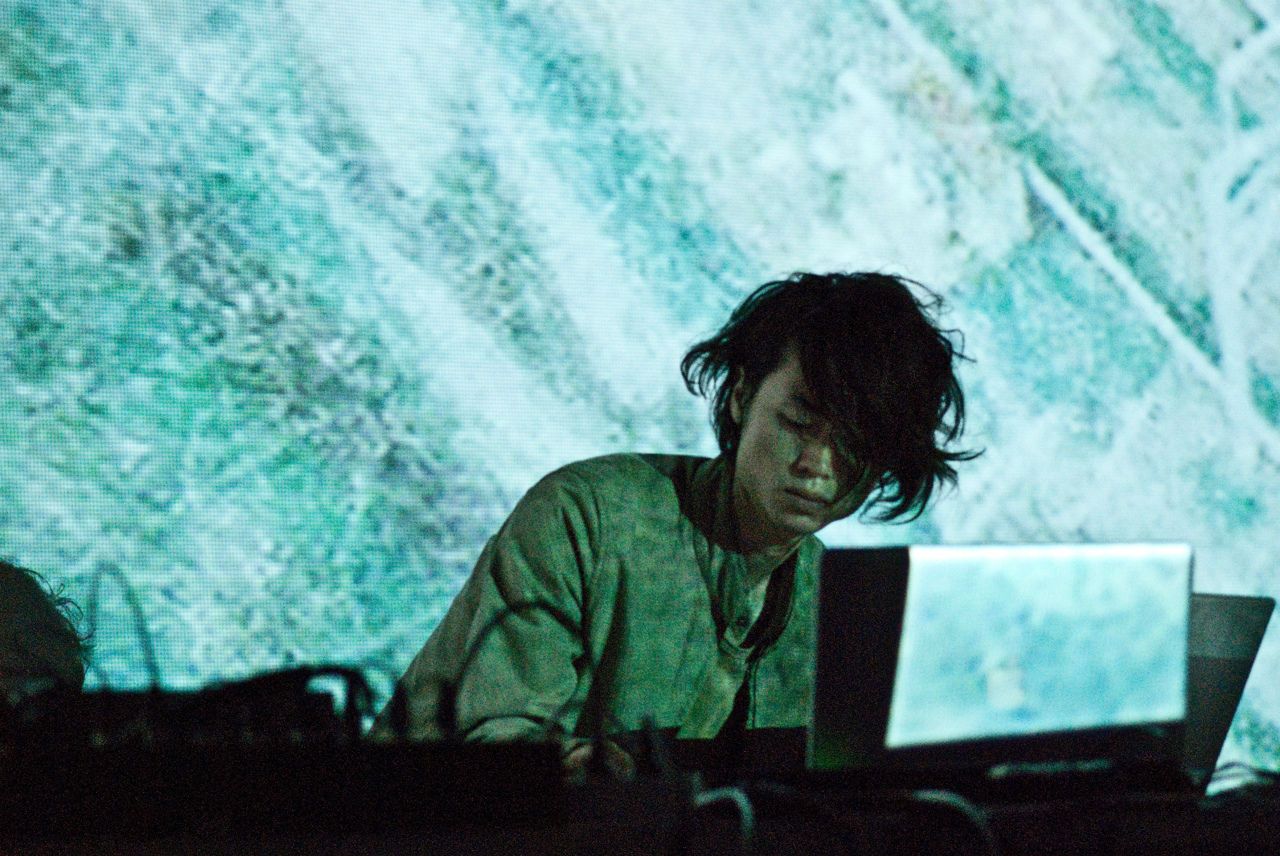 Ryoichi Kurokawa is a young audiovisual artist from Osaka (Japan). He declines vibrant and refined universes through clips, albums, installations, and performances, where glitch minimalism breaks up and re-assembles in more complex and vertiginous structures. Some people think he’s a visionary and genial artist while others consider him to be formal and technicist. You’re forced to confront with his work: the continuous concentration on synaesthesia, the ability to make imagination fly and the scrupulous attention to landscapes and definition made Kurosawa’s works a sort of official standard for the ones who wants to get closer to audio-video world.

Kurokawa was born in 1978 in Osaka. In 1999, he started creating video and sound work and presented audiovisual work, installations and screenings in various art, music and film festivals. At the same time, started performing live with his audiovisual cross-media concerts and released CDs and DVDs. He also performed live-visual for musicians such as HUMAN AUDIO SPONGE (ex.YMO: Sketch Show + Ryuichi Sakamoto). Kurokawa is invited to numerous noted international festivals and museums in Europe, US and Asia including TATE MODERN [UK], ARS ELECTRONICA [AT], MUTEK [CA], BIENNALE and MACBA [ES] for exhibitions, screenings or audiovisual concerts, and he continues to be an active presence on the international stage. Kurokawa won the prestigious Golden Nica 2010 ? Prix Ars Electronica (Linz) in the category of Digital Music & Sound Art with his latest pentaptych audiovisual installation ‘rheo: 5 horizons’ produced by Cimatics.

“Ryoichi Kurokawa is now at the peak of his creative powers. His work evinces a personal approach that exudes ingenuity and originality at every turn. As an videographer, the urgency and great range of expression embodied in his renderings seems to somehow transcend conventional notions of the character of customary moviemaking. In a sense, Kurokawa is an artist who can be regarded as a exemplary trendsetter in his field, or an aesthetic defining trailblazer who is still pointing the way for others. The astonishing diversity of his explorations points to an amazing productivity that seems to flow without end. He is a genre-transcending artist who continues to confound and transform stereotyped notions concerning the illustration of electronic image expression.

Although one cannot predict precisely what Ryoichi will do next, one can be sure of this: His new work will be exciting and will take enormous creative risks; it will be of very high quality with great attention to detail; it will reach a very diverse audience; and most importantly, it will be something that we have not viewed before. In his vocation of improvised images, Ryoichi Kurokawa ranks near the top” (Naut Humon)